Have you heard about the movie Unplanned? It comes to theaters next Friday, March 29th. It's generated a lot of talk and controversy in the world of pro-life and pro-choice, and for good reason.

Unplanned is the cinematic true story of abortion clinic director, turned prolifer, Abby Johnson. You might have heard of her from her involvement with prolife legislation, various prolife/prochoice events, or her non profit called "And Then There Were None."

She's a bold truth sayer who doesn't sugar coat the reality of "abortion health care," or the redemption possible on the other side.

Her story is not purposed to pit the world against abortion providers like Planned Parenthood or to turn the tides of politics. Instead, the purpose of her story is to reveal the truth of abortion for those involved, and the hope available for those who are struggling with the post-trauma of abortion.

It's a worthwhile watch for the prochoice, the prolife, and the undecided to better understand abortion is more than a political topic. Abortion leaves a mark that doesn't easily disappear.

But what about the "R" rating? The MPAA that rates all cinematic films gave this movie an "R" rating, meaning audience members under the age of 17 must be accompanied by and adult. The movie has no crude or profane language, sex or nudity. or your typical movie violence like guns, explosions, or fighting. Instead, the movie shows a CGI image of an ultrasound guided abortion. The MPAA made a point to rate this movie "R" because abortion... is... violence.

It's a hard pill to swallow that teens under 17 can get abortions in some states without parental consent, but not one will be able to see a movie with CGI scenes of abortion. Let that sink in a moment.

I'm looking forward to seeing how this movie opens a dialogue of hope and help for those who are struggling either as abortion clinic workers, or others personally connected to abortion. My hope is people will feel comfortable after hearing her story that negative feelings and emotions are normal and help is available. My other hope is it will open up pathways to really consider what abortion is and remove the ability of ignorance of those who would rather remain so.

If you're on the fence about going, just do it. It won't be something you'll regret.*

For more information about Unplanned:

Abby's take on the R Rating

*Do however consider the implications of bringing your children. That is a decision you and your family need to wisely make. Read Abby's letter to help better understand! 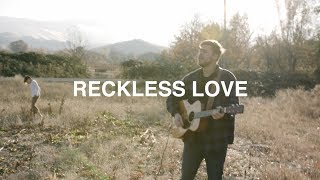